Sometime late Sunday evening (Nov. 23rd) the Old Barn Community Centre was robbed.  Thieves made off with cash, electronics, and critical community centre equipment and supplies.  The RCMP and UBC security were called to the scene and the investigation is currently underway.  The Old Barn facilities were closed briefly Monday morning while police and staff took stock of damages.
Posted by Charles Menzies at 7:03 AM No comments:

Please take note that the UNA Budget process consultation is about to begin.

This year, due to the way the UBC Service Levy is set up, there is an anticipated decrease in UNA funding.  For reference, the service levy is calculated from the difference between the BC Rural Property Tax mill rate and the City of Vancouver residential property tax mill rate.   Thus the UNA has no control over our annual funding levels. There is a special fund called the rate stabilization fund that the UNA can draw from to cover drops in the service levy.  The UNA Board has agreed to take up to 300,000 to cover part of the rate disparity.
At the same time the board has prepared and will be presenting a budget for public consultation in which cuts have been suggested across many line items.  One of particular interest to the community includes a reduction of community centre operating hours at the old barn which would lead to reduced hours of operation starting summer 2015 (so, instead of opening at 7am, the Old Barn would open at 8:30; plus closing early on weekend evenings and stat holidays).  The suggestion is that with the new community centre coming on stream in the summer of 2015 services at the old barn can be replaced with services at the new community centre.

It would seem that since the projection is for a one time drop in service levies and that the extra costs for 2015 are one time costs associated with opening the new community centre,  an argument could be made to maintain operational hours at the Old Barn Community Centre over the period of concern.  It may well be that the problem is short lived and that after a review of real costs in 2015 we will have no real need to cut hours.

The cuts to community centre hours of operation to save about $30,000.  However, the real big ticket items in the 100s of thousands of dollars that we have involve landscaping (at a level far higher than truly necessary or environmentally sustainable) and access fee payments  (UBC Athletics, the Museum of Anthropology, the Botanical Gardens, etc).

The staff and finance committee have worked hard to find a balance of cuts and preservation approaches.  With community feedback perhaps we can find creative and relevant solutions to the current budgetary issues.  For example, do we need to have the lawns cut so frequently and often?  Are the watering regimes in play a reasonable expense?  Are the fees we pay to UBC Athletics reasonable?  What costs in the new community centre can be deferred one, two, or three years until the service levy catches up?

One solution that I offer as a director is it is time that we stopped using high priced consultants to do all manner of things for us – like the study on comparing us to a municipality.  I voted for that, but in retrospect it was not a wise use of UNA funds.  Or our current communications consultant is equal to the cuts in Old Barn hours of operation, but what will it ultimately show us that we couldn't have figured out by ourselves at far less expense? We are planning to spend (an item previous approved sometime ago) tens of thousands of dollars on a community survey, much of which info could be garnered from census data. But this is just my opinion.  I look forward to hearing the opinions, perspectives, and ideas of all UNA members.  It is especially important to have feedback from those of us who use the services that are on the cutting block.

On a day like today it's hard not to be appreciative of living at the edge of Point Grey within UBC's residential community.  The sun is out, a light breeze blows on shore, and from my office window I can see clear up the Gulf Of Georgia (Salish Sea).  This morning I was able to step outside my backdoor and go for a run without having to worry about traffic.  Later I biked across campus to a meeting and to my departmental office in the Anthropology Building on the north edge of campus.  All in all it's a great place to live and work. 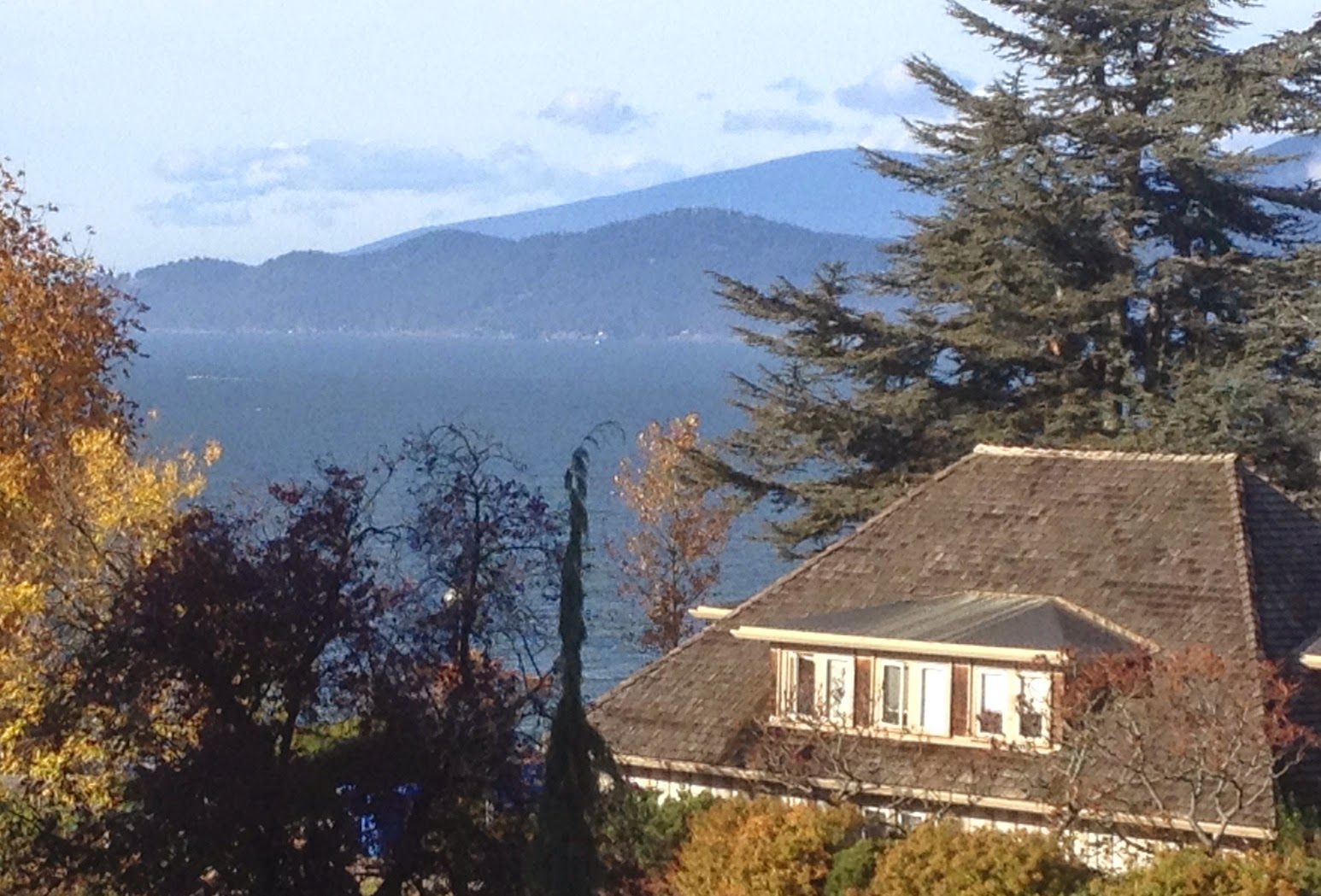 Sometimes people get locked into a binary way of thinking.  If I see problems I must be dissatisfied with something.  Or, if I find something great I refuse to disrupt my good feeling by recognizing areas that can be improved.  I think that we all know that in all things we like there are things to improve; that in things we dislike there are often kernels of the positive.   Yet, I wonder why is it that as human beings we often allow the false polarization of issues to guide our actions.

As an undergraduate in the early 1980s at Simon Fraser University I took a number of courses on east African history.  The professor, Phillip Stigger, had been a colonial administrator in Tanganyika before independence.  Then, after independence, he worked for the Julius Nyerere government of Tanzania.  I enjoyed these courses.  For the most part we explored the period of British Colonial rule, the rise of independence movements, and the subsequent modern history of the new independent nations.  These courses were not taught from the then still popular ideas of national liberation and anti-colonialism.  They were taught from the perspective of a man who had been there and observed the fall of empire and the rise of independent democratic regimes.  His taught us a critical, not an ideological, history.  He pointed out errors of colonial and independent rule. He discussed what worked well.  He drove us to consider evidence, not conjecture.   One of what I consider to be my most important lessons on democracy came from listening to this small 'c' conservative historian: the idea that change will come even when those in power don't want it.

Change will come. The point as I recall the lessons was how best to manage it.  Do you hold on like the white minority governments did in Southern Rhodesia and South Africa?  Do you try to create slow legislative reforms leading gradually to responsible local government? Of course, the reality we learned, fell somewhere in between planing and serendipity.  Ultimately the transition was about managing insurgency, and realizing the the days of minority colonial authority were limited.

I learned that in east Africa there were those who wanted the British to stay in power: they benefited by the colonial regime, they gained privileges that they might not otherwise had if local democracy had been maintained.  There were also those who were afraid that they might loose more then they would gain, even as they chaffed under the authoritarian controls of the British. In the independence movement there were those who were impatient for change, others who cautioned "take a slow pace." There were many perspectives in play. Reflecting back on those lessons I now think about that core lesson, the idea that change does come, and that when there is one group who unfairly hold all the power they will eventually loose that power.  The only question is to what extent they can figure out how to relinquish some control, to meet some needs, without unleashing more chaotic forces or finding themselves totally driven out of the seats of power.

This brings me back to living at UBC.

It's been a great place to bring up a family. It's a great place to live. I enjoy my neighbourhood and take pleasure from all that there is here to enjoy and benefit from.  I also recognize that my community suffers a serious democratic deficit.  It matters little how benevolent or understanding the University Administration might be it does not excuse them from criticism.

Change will come to the university residential areas too. There are people in the university areas who benefit from our current arrangements.  They will likely loose their special privileges once real democracy arrives.  But so many more of us will benefit and ultimately we all will grow  through addressing the real democratic deficit that we have here.

There are many world class universities that exist in the middle of major cities.  These universities show that being part of a city that has democratic structures in place is not a bad thing.  Being truly part of a city, being part of the cosmopolitanism of a majour urban centre will spark creativity and innovation.  Trying to rule over a city is a distraction that UBC can ill afford to maintain.

On a day like today, with the ocean breeze and the sun, is a good time to make the move toward divesting UBC from the shackles of colonial rule.


Posted by Charles Menzies at 2:10 PM No comments: